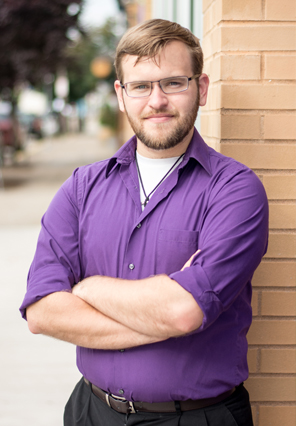 Walt joined the office in 2017 after graduating with a Masters of Architecture from Virginia Polytechnic Institute and State University. He completed a thesis that investigated the design of buildings in residual sites created by infrastructure whose architecture is inspired by the most enduring elements of Pittsburgh’s built environment.

Additionally, Walt was involved with Virginia Tech’s FutureHaus design-build research project that proposed factory-built modular ‘cartridge’ components integrated with smart-home technology, which could be packed, shipped, and arranged to create space inside a home.

Walt earned a Bachelor of Science in Architecture from Kent State University in 2015. The highlight was an opportunity to spend the Spring, 2014 semester in Florence, where he studied and experienced Italian and European architecture and urbanism.

Walt is passionate about bicycling as a means of recreation and as transportation. During his time at Kent State and Virginia Tech, he was active in serving in a church. As he settles back into life in Pittsburgh, Walt is interested in finding ways to get involved in the community both personally and professionally.