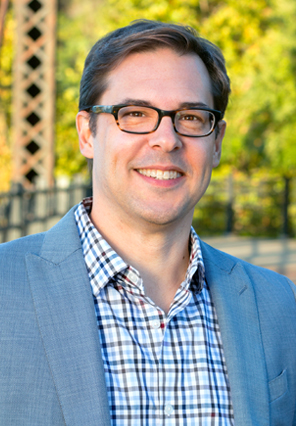 Kevin received his Master of Architecture degree from the University of Miami. He worked for a number of years in Florida focusing on residential projects until moving to Pittsburgh in 2005. He joined Rothschild Doyno Collaborative in 2012.

During his time in Miami, Kevin learned to approach architecture as the art of making inclusive cities. This perspective has been developed through a range and scale of architectural and urban projects that contribute to the culture of placemaking in meaningful and responsible ways.

Kevin actively participates in Pittsburgh’s design and civic communities, serving on committees of the Shadyside Action Coalition, PARK(ing) Day Pittsburgh, and AIA Pittsburgh. He’s past board member of the Young Preservationist’s Association of Pittsburgh.