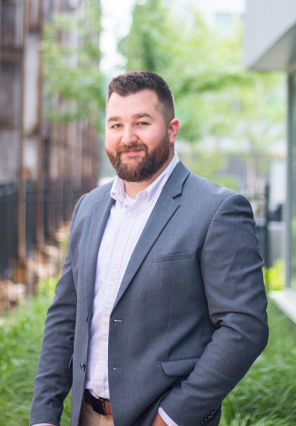 Joe Wahy is a 2014 graduate of the Marywood University School of Architecture with a Bachelor of Architecture degree and was part of the school’s inaugural class. During his studies, he has made several trips to Florence, Italy, including a semester studying urban culture and architecture within the city. Joe was also a strong presence in his school culture, spending much time working with his professors and fellow students on projects outside of the curriculum including a house for pigs for a non-profit animal sanctuary. His efforts were honored by the school in the form of a service award in his name that was presented to future graduating architecture students.

Joe just started his journey with Rothschild Doyno Collaborative and is looking towards achieving his registration as an Architect and becoming LEED accredited. Joe’s other interests include playing keyboards in his band, Houdini’s Psychic Theatre, and photography.