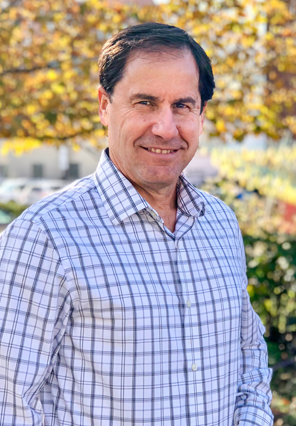 Daniel Rothschild is the founder and Chief Executive Officer of Rothschild Doyno Collaborative, an architecture and urban design firm located in Pittsburgh. He provides design, graphic, and communication leadership through the use of the firm’s Design Sketchbook process and active participation in architecture and urban design projects. Dan creates design solutions that are artful, meaningful, and pragmatic, and that bring together divergent interests.

Dan received his Bachelor of Environmental Design at Miami University and studied at the Architectural Association in London. He pursued his Master of Architecture at North Carolina State, where he received the American Institute of Architects School Medal.

Dan’s commitment to the design narrative has helped to form the collaborative environment of the firm. Dan has extended his leadership to the architectural community with the Regent Square Civic Association, the Pittsburgh Executives Association, and through eight years of service to the American Institute of Architecture Pittsburgh chapter including the role of President. He has served as an Adjunct Professor at Carnegie Mellon in the Urban Lab, and has lectured at local universities.  Recently, Dan served as President of Temple Emanuel.  He is Co-Founder and Facilitator of AIA Pittsburgh Foundation’s Leadership Institute for Emerging Professionals.